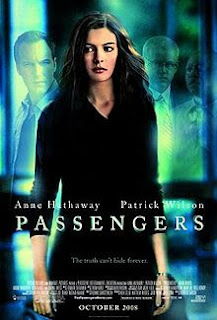 Called in to assist with the aftermath of a plane crash, Claire Summers (Anne Hathaway) begins to suspect that something is amiss while counseling six survivors. Her suspicions drive her to investigate further as secrets about the passengers are revealed. Claire learns that the plane crash has a far more personal connection than she could ever have thought.

This is my first serious film review on the blog and I thought I would chose something that is not only in keeping with the theme, but is also one of those movies that has stayed with me since I first watched it.

My initial experience with Passengers was not tarnished by any other opinions or conceptions I had of the movie. I had not even seen a trailer or read reviews of it, which is rare. I feel that my "ignorance" greatly aided my enjoyment of the film and I was able to look at it both objectively and subjectively. 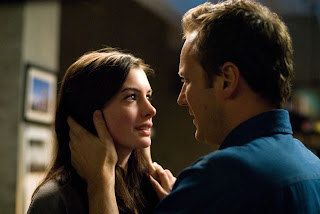 Anne Hathaway and Patrick Wilson are two actors that I have always enjoyed watching. Hathaway in The Dark Knight Rises and Wilson as the sensitive and intelligent Nite Owl in Watchmen. Their chemistry in Passengers is practically tangible. While this is not the main plot of the film, it is essential in the overall character development of both characters and is one of the dominoes that needs to fall in order for Hathaway's character to ultimately come to terms with her findings. 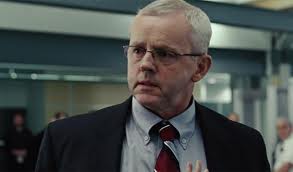 David Morse is one of those actors that you kind of remember from a film / series but you can quite put for finger on which one it was exactly. He is spectacular here. He pulls off that creepy mysteriousness perfectly and I loved his character and the unveiling of his purpose in the film.

I loved the dark feel of the film. There are moments that are genuinely moving and creepy. It is so atmospheric, that I easily lost myself in the story.

And the score! When the end credits rolled and the film's theme played, I wept like a baby. It so perfectly captured the essence of the film.

In short, Passengers is dark and emotional with a genuinely unexpected twist. It left me thinking about various concepts long afterward. A very underrated film!