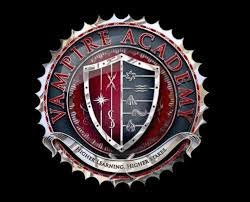 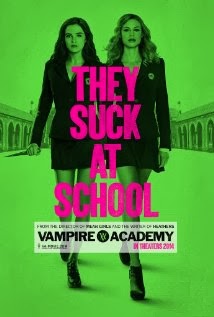 Rose Hathaway is a Dhampir, half human/vampire, guardians of the Moroi, peaceful, mortal vampires living discretely within our world. Her legacy is to protect the Moroi from bloodthirsty, immortal Vampires, the Strigoi. This is her story.(From IMDB)

I am a huge Vampire Academy fan. Rose is one of my all-time favourite heroines and I adore the story and development of the characters. So you can imagine my excitement when I heard that it was being made into a film.

I will not be the first so say that the pre-release advertising did not instil much confidence. They seemed to dumb down the film for a stupid audience and I began to worry.

Luckily, I did go see it last night and really, really enjoyed it. Here are my thoughts broken down into the Good, the Bad and the Ugly.

The Good
The Bad
The Ugly
So VA didn't perform that well during opening week and it's still up in the air if Frostbite (book 2) will be made into a movie. I hope so as I was mostly satisfied!
Go see it, but read the series first!
Posted by Monique at 1:22 AM

Email ThisBlogThis!Share to TwitterShare to FacebookShare to Pinterest
Labels: movie review, Vampires, YA