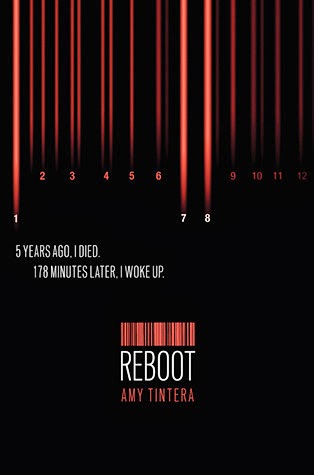 Five years ago, Wren Connolly was shot three times in the chest. After 178 minutes she came back as a Reboot: stronger, faster, able to heal, and less emotional. The longer Reboots are dead, the less human they are when they return. Wren 178 is the deadliest Reboot in the Republic of Texas. Now seventeen years old, she serves as a soldier for HARC (Human Advancement and Repopulation Corporation).

Wren’s favorite part of the job is training new Reboots, but her latest newbie is the worst she’s ever seen. As a 22, Callum Reyes is practically human. His reflexes are too slow, he’s always asking questions, and his ever-present smile is freaking her out. Yet there’s something about him she can’t ignore. When Callum refuses to follow an order, Wren is given one last chance to get him in line—or she’ll have to eliminate him. Wren has never disobeyed before and knows if she does, she’ll be eliminated, too. But she has also never felt as alive as she does around Callum.

It took me forever to get to reading this book. I loved the concept and expected lots of action and excitement.

Well, the first half of Reboot is decent. My first impression was that it would have been better written in third person, though. Wren was supposed to be essentially emotionless and being inside her head didn't feel like that at all. It was really a case of telling and not showing as Wren was constantly reminding the reader how hardcore she really is and how she feels nothing. But she didn't read that way. It bothered me a lot.

And then Reboot decides to take a long trip up shit creek with no paddle.

Suddenly Wren morphs into a futuristic version of Bella Swan. The plot becomes secondary to the woo-woo love going on between her and Callum. If there is an opportunity to kiss, even if their lives are in danger then, by God, they will take it. It was just too much.

Tell a story, please, authors! Leave the romance as a sideline thing. And don't compromise a strong female character for the sake of soppiness. We need strong females in YA, not boy-obsessed weaklings. A good example is Tris from Divergent. Sure, Tris loves Four. But she does not fall over herself pleasing him and he is not the dominating thought in her mind.

Meh, ok. Rant over. I wanted more than Reboot offered me.
Posted by Monique at 5:49 AM