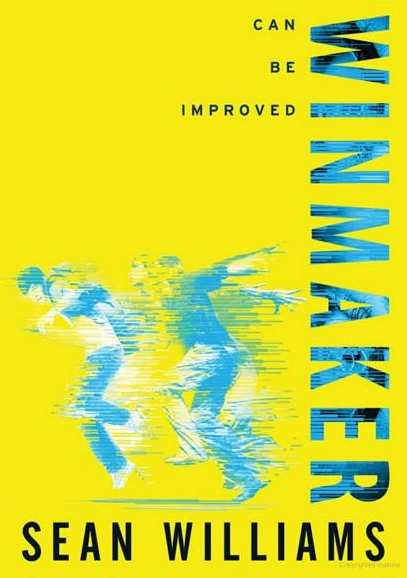 Clair is pretty sure the offer in the ‘Improvement' meme is just another viral spam, though Libby is determined to give it a try.

But what starts as Libby's dream turns into Clair's nightmare when her friend vanishes.

In her search for answers, Clair seeks out Jesse - a boy whose alternative lifestyle might help to uncover the truth.

What they don't anticipate is intervention from the mysterious contact known only as Q, and being caught up in a conspiracy that will change everything.

Ok, I have to admit I DNFed this one. That does not mean Twinmaker was bad. I have read and finished much worse novels than this one.

What I look for in my YA fiction are great, relateable characters who  drive the story with their narration. I did not have this Twinmaker and so a book with an amazing concept fell completely flat. Clair is weak and I felt that she was driven by the events of the story, not the other way around. She did not make choices, rather choices were made for her. I don't want the main character to simply be a vessel of the plot. Without that, I knew next to nothing about Clair other than she has a highly inappropriate crush on her bestie's boyfriend.

There is all action, action, action. It gets boring with very little substance. I felt like the plot was rushing around me and was grabbing at wisps of it here and there.

As I mentioned, the concept behind this was great. The technology and the world created were completely plausible. I even enjoyed Q, who was not even physically present for the portion of the novel I managed to get through.

70% done and no more. I have so much to read, I just lost interest and was staring wistfully at my TBR pile.
Posted by Monique at 1:53 AM