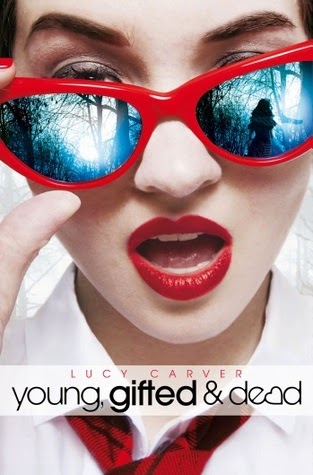 You can’t get into St Jude’s Academy unless you’re gifted, talented and supremely rich. New girl Alyssa is on a scholarship and feels like an outsider - she's not even that smart, apart from her photographic memory (and that's cheating, right?).

Then one day her room-mate Lily is found floating face down in the lake. It looks like suicide, but, torn apart with guilt and grief, Alyssa is convinced that things aren't as they seem. Soon a jolted memory puts her on the trail of a sinister secret that might hold the clues to Lily's suspicious death. But Alyssa is in too deep, and she's being watched...

I received review copies of both this title and the sequel Killing You Softly. This in no way influences the opinions expressed on this blog. A big thank you to Pan Macmillan for being so supportive of us local bloggers!

This is not my usual fare, but I really enjoyed the mystery and the quirky narrative style of Alyssa. Set in a hoity-toity British boarding school, I enjoyed the change from the usual US high school settings of most contemporary YAs and found it easy to relate to. Of course, I have been to England and worked at a similar boarding school. It was not hard to picture everything!

Firstly, Alyssa must play the role of sleuth in uncovering the mysterious death of her friend. It helps that she can remember everything that happens around her! She must deal with other kids who have their own agendas and figure out what was going on in Lily's life as the girl has secrets of her own!

This brings the reader into contact with an interesting cast of characters!

One thing that was lacking was a meaningful romance. I find that romance is forced in YA these days and, while this book is not the exception to that, it has more than enough going on besides that to keep readers interested and playing sleuth themselves.

I am glad these is another in the series and I hope that Alyssa grows as a character.

This is great for fans of Pretty Little Liars and the Lying Game!
Posted by Monique at 6:48 AM