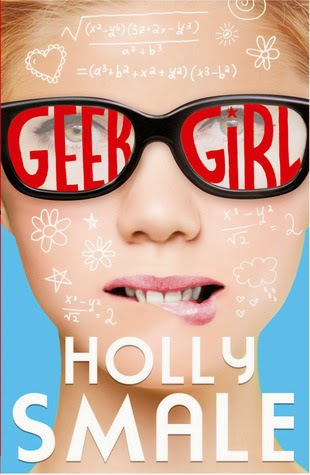 She knows that a cat has 32 muscles in each ear, a "jiffy" lasts 1/100th of a second, and the average person laughs 15 times per day. What she isn't quite so sure about is why nobody at school seems to like her very much. So when she's spotted by a top model agent, Harriet grabs the chance to reinvent herself. Even if it means stealing her Best Friend's dream, incurring the wrath of her arch enemy Alexa, and repeatedly humiliating herself in front of the impossibly handsome supermodel Nick. Even if it means lying to the people she loves.
As Harriet veers from one couture disaster to the next with the help of her overly enthusiastic father and her uber-geeky stalker, Toby, she begins to realise that the world of fashion doesn't seem to like her any more than the real world did
And as her old life starts to fall apart, the question is: will Harriet be able to transform herself before she ruins everything?

I really enjoyed this book, in spite of the writing being more aimed at young teens rather than pure YA like the shelving choices in most bookstores suggests. It kind of reminds me of a series by Meg Cabot, Airhead. Only, Geek Girl is way, WAY better as I find Meg Cabot tends to force her style at times.

While I wish part of the story had been more fleshed out and the pacing more consistent, I still devoured this one easily. It is light-hearted and Harriet is a really enjoyable character to read about.

Having said that I doubt I will invest in the rest of the series as it really is written very simply for my tastes.

I do however recommend this for 12-14 year old teens who are looking for something a little more mature but aren't quite ready for the more traditional YA on offer. This is also a great series for any reluctant readers as it is simple without making the reader feel like they are being written down to.
Posted by Monique at 9:33 AM