Opinion: On the Path to Feminine - How I Kickstarted my Girlification

It may sound crazy to some, but one of the hardest things I have had to accept is that at some point in my life I was am going to have to start caring how I look.

Perhaps I need to put all this into perspective for it to make sense.

Growing up, I was always a bit of a tom-boy. And by "a bit" what I really mean that I was super envious of boys. They had the best clothes, the best toys and seemingly more freedom in terms of what activities were considered "acceptable" by society. My poor mother was always trying to force me into some dress or frilly thing and the result was usually tears and me sulking in a corner longing for my SpaceJam t-shirt and shorts.


As a result, I had started to reject the idea of things I perceived as "feminine". I didn't want to be a typical girl and prance around in pretty dresses and have my hair done up all pretty. To add insult to injury, I developed a chronic nail-biting habit that followed me well into adulthood.

I just did not care and it felt liberating. It was a rare slice of defiance in my otherwise go-with-the-flow childhood.

Then puberty hit like a hurricane, leaving me feeling like the ugly ducking a sea of relatively image-obsessed girls. The pair of glasses I wore during this awkward phase were the kind that tinted in sunlight. The epitome of dorkdom everywhere. I thought that getting highlights would somehow make myself cooler and I realized that it was actually easier to be as unnoticeable as possible.

This worked well for the most part and I enjoyed the relative peace being unspectacular brought me. I read my books and got my kicks riding horses. Fitting in was never a key factor in my agenda.

This continued until my mid-twenties until I hit the corporate world and quickly realized that suddenly I had to start caring about what I looked like. I started grabbing desperately at the advice of others, mashing it together to form a version of myself that I was never entirely pleased with but assumed others were. 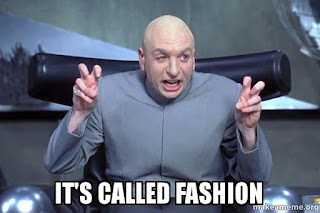 Unfortunately, I hadn't really considered my own identity and if who I wanted to ultimately be reflected what I looked like and how others perceived me. Let's face it, it's a pretty big deal when you are trying to not only figure out who you are but want to keep your self-respect in tact at the same time.

Towards the end of last year, I made the insane decision to cut off my hair. My hairdresser took a pair of clippers to my sides and back with much glee and gave me a textured fringe that, if styled indelicately, could look a little boyish. A few months later I had some highlights put in and suddenly I had a hairstyle that absolutely felt like me.

I couldn't keep dressing how I was, however. The hoodies, jeans and t-shirts combined with my new hair was a recipe for mistaken sexual orientation if ever there was one. I mean, I like P!nk, but I didn't LIKE like P!nk, you know? 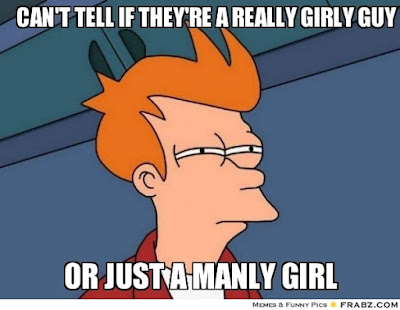 I started to buy dresses. Good God, not the kind with frills and lace! Let's keep things real. I found decent, functional dresses that could be dressed up or dressed down and I found that I really, really liked wearing them. Because I had chosen them! How strange.

I started to grow up my nails with the help of Pink Armour and now keep them painted in some hue of pink / purple / blue. Once the length started coming in, a strange thing started happening. I started to not only use my hands more when I talked, but also caught myself admiring my hands and how PRETTY they suddenly were.

The one defining thing with this whole process was that it had all happened on my terms and my self-confidence is at record-breaking levels. And I realized there were ways and means to achieve this and still be myself at the end of the day. I could look good and STILL be my geeky self! Who knew?

Here is a list of my very basic beauty habits that have helped me. They might be logical, but they bear mentioning.


Just be yourself and don't let past conceptions affect current choices!
Posted by Monique at 4:34 AM