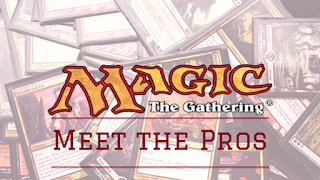 We will be interviewing a few of the more serious Magic players in the coming weeks to give an overview of the game and their journey into competitive Magic.

Today we feature a Q&A with top-ranked Magic: The Gathering player, Jason Ward. Jason had the honour of representing South Africa recently at the 2016 World Magic Cup.


1. What is your background with MTG? How did you get started playing the game?
As a kid, I saw a lot of people playing the game but I only started to play in high school casually with a friend for a few months. I first bought cards from Kamigawa (one of the sets of cards that get released a few times a year) and I had a blast playing for a few months.
I got back into Magic around 2012 and I started to buy cards and take the game seriously at this point.

2. How would you describe your particular playing style?
Quick and thoughtless. I play all the archetypes, control/aggro/combo/midrange and all their combinations. I'd say I play midrange the least of the bunch. I tend to gravitate towards the combo side of the spectrum (this requires getting specific cards out in a specific order, doing devasting things to your opponent).

4. What is your advice for putting a deck together? Should new players build from scratch or go with sealed product?
It depends on what your goals are in magic. If you want to do well at FNM, you should probably buy a sealed deck and keep building on it. That's how I began.
If your goals are to be the best you'll improve the learning curve by playing net decks. First figure the game out before you start trying to change things.
I often try to tweak existing net decks and often just go back to the original net build, people often know what they are doing.
Gaining understanding is the most important thing.

5. What is your favourite format and why? Tell us a little about the format and how if differs from the others.
Hard to say, so far I enjoy all the competitive formats. I enjoy grinding out an advantage in a standard game but sometimes you just want to combo people in modern.
Draft is great and it's really a tragedy how few draft events we have in SA (Draft involves building decks from a limited pool of cards on the day before competing).

6. If you have played MTG overseas, how does it compare to the local scene and what did you take away from the experience?
The players practice harder. They aren't hindered by an ego like we are. We're big fish in a small pond.  The overall experience was quite positive and the players were enjoyable to play against.
You can see the confidence in their plays based on their level of practice.

7. What is your greatest achievement in MTG to date?
Personally, it's getting the opportunity to test with Nic Chrysochou, a top local player, and becoming a stronger player as a result.

9. Where is your local Magic hangout and why do you enjoy going there?
Battle Wizards Centurion, great vibe and great people.

10. Do you think people need to put in a lot of money in order to be competitive in MTG? Any advice for players on a budget?

Email ThisBlogThis!Share to TwitterShare to FacebookShare to Pinterest
Labels: Games, Magic: The Gathering, Meet the Pros