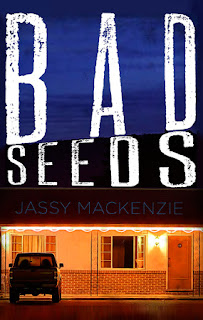 Johannesburg PI Jade de Jong has been hired by Ryan Gillespie, the charming security director at the Inkomfe Nuclear Research Center, to trace a missing employee, Carlos Botha, who vanished just days after an attempted break-in. But when Jade traces Botha to the quiet suburb of Randfontein, she discovers that he’s the target of a hit, and that she’s now in danger by association. It becomes clear that someone intends to use Inkomfe’s nuclear power to heinous ends, and Jade must figure out whether that someone is Botha.


So Easter is coming up and you have no idea what to read. You are also looking for books with an exciting plot and a strong female protagonist. You are tired of crime fiction that follows the usual tropey nonsense.

I suggest, if anything I just said rings true, that you get a copy of Bad Seeds. Do not be put off by the fact that it is book 5 in a series. It does pretty much stand alone. I promise.

Rather than give you a traditional review, here are ten reasons why you should give this book a try!


You can get a copy of Bad Seeds here in hardback or audiobook. It will be published in South Africa by Umuzi Publishers soon!
Posted by Monique at 9:42 AM