5 Books Better than 13 Reasons Why 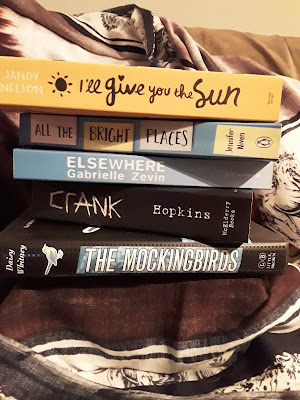 I am openly critical about the tv show ans book 13 Reasons Why and figured I might as well offer some constructive help here, too. It's all very well telling people that the show is bad, but to not offer alternatives is a little irresponsible on my behalf.

Of course kids need to talk about loss and grief. Of course they need to find media that is relatable and helps them understand complicated tragedies like suicide, rape and addiction.

I have put together 5 awesome books that deal with core issues in a responsible manner. These books really stand out for me as some of the best in the genre. Also, none of them are written by John Green. 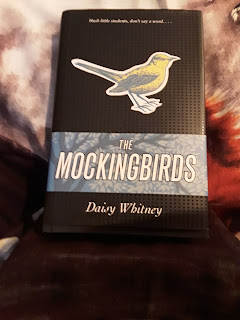 1. The Mockingbirds by Daisy Whitney


Some schools have honor codes.
Others have handbooks.
Themis Academy has the Mockingbirds.

Themis Academy is a quiet boarding school with an exceptional student body that the administration trusts to always behave the honorable way--the Themis Way. So when Alex is date raped during her junior year, she has two options: stay silent and hope someone helps her, or enlist the Mockingbirds--a secret society of students dedicated to righting the wrongs of their fellow peers.

In this honest, page-turning account of a teen girl's struggle to stand up for herself, debut author Daisy Whitney reminds readers that if you love something or someone--especially yourself--you fight for it. (From Goodreads)

The fact that the author actually experienced date rape herself makes this a credible and important read. It doesn't glamorize it for the sake of plot. 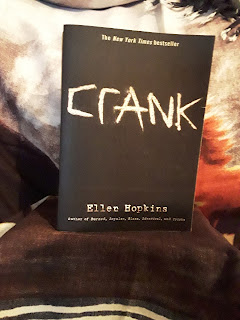 
In Crank, Ellen Hopkins chronicles the turbulent and often disturbing relationship between Kristina, a character based on her own daughter, and the "monster," the highly addictive drug crystal meth, or "crank." Kristina is introduced to the drug while visiting her largely absent and ne'er-do-well father. While under the influence of the monster, Kristina discovers her sexy alter-ego, Bree: "there is no perfect daughter, / no gifted high school junior, / no Kristina Georgia Snow. / There is only Bree." Bree will do all the things good girl Kristina won't, including attracting the attention of dangerous boys who can provide her with a steady flow of crank. (From Goodreads)

This is an awesome novel told in prose. It covers the struggles with addiction and identity. I really recommend this to any teen who has had exposure to drugs and even alcohol addiction. 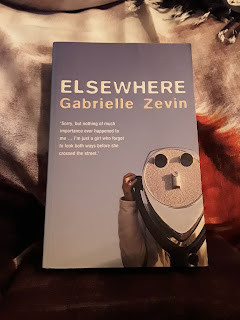 Elsewhere is where fifteen-year-old Liz Hall ends up, after she has died. It is a place so like Earth, yet completely different. Here Liz will age backward from the day of her death until she becomes a baby again and returns to Earth. But Liz wants to turn sixteen, not fourteen again. She wants to get her driver's license. She wants to graduate from high school and go to college. And now that she's dead, Liz is being forced to live a life she doesn't want with a grandmother she has only just met. And it is not going well. How can Liz let go of the only life she has ever known and embrace a new one? Is it possible that a life lived in reverse is no different from a life lived forward? (From Goodreads)

This is an awesome, touching book that deals with themes of loss, grief and death. It shows a comforting view of the afterlife with an opportunity to learn and accept fate. 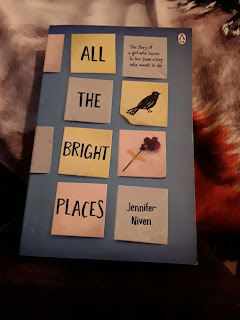 4. All the Bright Places by Jennifer Niven


Theodore Finch is fascinated by death, and he constantly thinks of ways he might kill himself. But each time, something good, no matter how small, stops him.

Violet Markey lives for the future, counting the days until graduation, when she can escape her Indiana town and her aching grief in the wake of her sister’s recent death.

When Finch and Violet meet on the ledge of the bell tower at school, it’s unclear who saves whom. And when they pair up on a project to discover the “natural wonders” of their state, both Finch and Violet make more important discoveries: It’s only with Violet that Finch can be himself—a weird, funny, live-out-loud guy who’s not such a freak after all. And it’s only with Finch that Violet can forget to count away the days and start living them. But as Violet’s world grows, Finch’s begins to shrink. (From Goodreads)

I didn't like this book at first, but I realized it is actually pretty damn good as it really does deal with suicide and depression in a realistic way. Go read it instead of the offending book whose name I will not mention again. :P 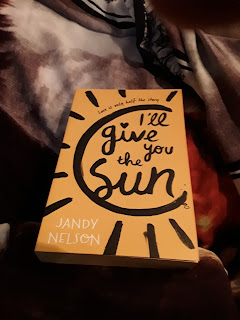 5. I'll Give You the Sun by Jandy Nelson


Jude and her twin brother, Noah, are incredibly close. At thirteen, isolated Noah draws constantly and is falling in love with the charismatic boy next door, while daredevil Jude cliff-dives and wears red-red lipstick and does the talking for both of them. But three years later, Jude and Noah are barely speaking. Something has happened to wreck the twins in different and dramatic ways . . until Jude meets a cocky, broken, beautiful boy, as well as someone else—an even more unpredictable new force in her life. The early years are Noah's story to tell. The later years are Jude's. What the twins don't realize is that they each have only half the story, and if they could just find their way back to one another, they’d have a chance to remake their world. (From Goodreads)

I adore this book. It left me with a major book hangover and weepy eyes. It's touching and has the best cast of characters. It's about family, sexual identity, loss and so much more. Just go and get a copy and thank me later after you have dried the tears.