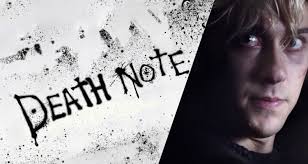 The live-action remake of Death Note, based on popular Manga and Anime series of the same name, hit Netflix this past month.

I was pretty excited, in spite of fans complaining about the studio whitewashing the main character. This ended up being the least of the issues I had with Death Note.

The original story revolves around Light Yagami (Light Turner in the 2017 film) who finds a notebook that basically enables him to kill anyone he wishes simply by writing the name of that person in the book. There are rules, of course, which dictate how the book can be used. This notebook was placed for a human to find by the death god, Ryuk. The only reason why Ryuk did this is that he was bored.

The story then unfolds as Light goes on a mission to rid the world of people he sees as bad or unworthy. The police, stumped by the killings, bring in the help of L, a brilliantly-minded detective, to assist in tracking down Kira, the name the killer has become known by media.

The whole appeal of the original series for me was watching these two genius characters try to outwit each other as Light himself becomes further and further corrupted by the power of the Death Note.

And this was where the Netflix adoption fell short.

Here is what the film messed up when compared to the original story:


All of the above points just seemed to move the plot further and further away from why I loved the Manga so much. The morals behind using the Death Note were never really addressed.

Also, Light was the golden boy who could do no wrong in the Manga.  He was a narcissist who thought the Death Note was the answer to the world's problems and he was the right person to make judgments. In the film, he was this bullied greaseball who constantly questioned the use of the Death Note.

I did like Lakeith Stanfield, though. He did a good job of bringing L's various quirks to screen. Even if I felt the choice to cast a black actor in this role was a misguided attempt to be more inclusive.

Basically, the movie would probably be ok if you had no idea what the story was supposed to be about.

But if you actually want to have a proper experience, read the Manga or watch the original Animae series.