Thoughts: On Comic-Con Africa and South Africans' Tolerance For Mediocrity

I know some of you who know me from various social media will be looking at this post and thinking, "Oh, no. She's actually done it and lost the plot." Let me assure you that is not the case at all. In fact, I remain firmly grounded in a little universe called reality.

A month or so ago, I expressed some unhappiness at the guest list and sponsors for Comic-Con Africa. My basic argument, which I will elaborate on a little more further on, is that I feel that Comic-Con Africa is simply not living up to the hype the name and initial marketing suggested.

As of the writing of this, less than two months before the event, Comic-Con Africa have confirmed a grand total of 13 guests. 13. Six of these are local guys.

So, of the 7 remaining guests, who is there to get excited about? 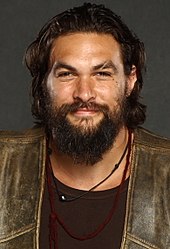 When the announcement was made that Jason Momoa would be attending the event, all women with reproductive organs had a mass squee and rushed off to buy tickets to an event that they previously had zero desire to attend.

That basically means that anyone who would like to meet the man who played Khal Drogo and Aquaman, they would have to elbow and bite their way through queues of estrogen-fuelled fans for a glimpse of Momoa's visage.

There is also this little caveat on the Comic-Con Africa website:


These guests may cancel their appearance/attendance at any time due to personal or professional reasons after confirming their participation.
The Organiser will not be held responsible in any way or held liable to any party for the cancellation of the guests or other invited participants.
All guest profiles will be correct at the time of publication. In the event of a guest cancellation, the organiser will use any or all platforms to communicate this.

What if Momoa cancels his appearance because he has sniffles? All of those folks who have bought tickets solely to see him will have to find something else to get excited about.

Unless you are a huge fan of Kevin Sussman, the guy who owns the comic books store in The Big Bang Theory, I honestly don't see much else for the general public to fawn over.

I know it's unfair to do a direct comparison to San Diego Comic-Con as South Africa is smaller and budget restricted, however, I just want to do a quick example of the problems of expectations versus reality. I am purely looking at actors and not a holistic representation of their Special Guest Showcase.

This year, SDCC saw the likes of:


... plus many more that featured most of the main cast members.

I am sure that illustrates my point.

Do not call a mediocre event Comic-Con and then deliver something that is a fraction of expectations set by this misnomer.

The second thing about this event that bothers me is there seems to be little or no support from big sponsors. While I am pleased to see this is another platform for local crafters to exhibit their wares, there seem to be no direct sellers of official merchandise.

South Africans have always struggled with getting our hands on official merchandise and most of our events feature hand-made items or a small selection of merchandise at exorbitant prices. Surely, a Comic-Con event should then be a great platform for fans to find items directly from brands such as Marvel and DC?

Not one large international geeky brand is directly representing themselves as far as I can see. Most of the exhibitors are the same folk we see at other local Cons.

I do not know why this is. Is it due to poor planning or the lack of interest in bringing the goods to South Africa as a whole? Who knows.

I will use Funko to illustrate this point. Funko is a super-trendy range of cute vinyl figurines that can pretty much be seen everywhere these days, including Vodacom and Dischem.

In keeping with the Jason Momoa theme, here is a sample of the Pop for Khal Drogo: 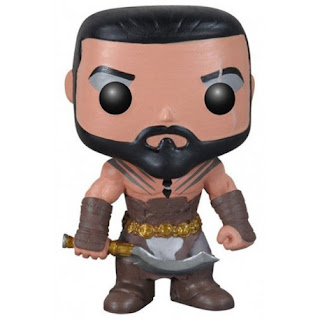 The average cost of a Funko in South Africa is R260 when purchased from a brick-and-mortar retail store. Takealot have them on a slightly reduced price of R235 and you can get them from Raru at roughly R170, but wait at least 3 weeks as they come directly from overseas.

If you live in the US, You can look at paying an average of $10 for a Pop, which equates to around R132 depending on which way the ANC sneezed that week. This is a massive difference!

Funko's local distributor, GammaTek, obviously have to put their cut onto the local wholesale price. This in addition to import duties. So I do understand, but it doesn't mean that I have to purchase said Pops at R260 each.

GammaTek is responsible for the Funko Pop stand at Comic-Con Africa. I do believe that they will have some exclusives, however, these will still be at inflated prices. And most of what they will have, I will be able to walk into a lot of retail stores and get without paying entry as well.

If Funko themselves were directly involved, Pops would surely be more affordable to the average fan, as it would cut out supplier costs from the final purchase price. This logic can be applied to any merchandise made available.

My last point is probably my most critical, given that I am a book blogger. There are no authors confirmed for Comic-Con Africa. None. Not even the more successful local authors have confirmed panel discussions. This is truly baffling because surely this is the ideal platform to promote books and reading.

And there are those, sitting there with their Comic-Con mugs half-full, who will argue that there are comic book artists in attendance. Surely that is the same thing? Actually, it isn't. Comic books / graphic novels appeal to a relatively niche market, while traditional novels have a lot more readers. Of course, this is shifting as the market grows, but traditional novels are simply a lot more accessible.

Here is a sampling of the authors who attended SDCC 2018:


The sad part is that we don't even have to look overseas to get reasonable author representation as we have many fantastic writers in genres that would appeal to the typical Convention visitor. And I am sure many of them would love the opportunity to attend as a Guest Speaker.

Some of my suggestions for South African authors are:
.. and the above list is certainly not exhaustive.

So, I am not impressed. There is very little distinguishing this Con from the few others we already have locally other than a higher entry fee and some tactical smoke and mirrors marketing.

South Africans also have this amazing tendency to be happy with mediocrity. When we get served crap on a silver platter we go "Ah, well at least the platter is pretty." And this is wrong because it means ventures like Conic-Con Africa will continue to be sub-par and not even come close to international standards.

Stop dressing events like this up and making more of them than what they actually are. There is very little difference between Comic-Con Africa and rAge besides one ex-Dothraki.

I will not be attending based on my thoughts above. I simply do not see the value of time or money in this event. I also expect many to disagree and that is perfectly fine. I am entitled to not attend just as you are fully allowed to go. I am not stopping anyone from going and I am sure initial attendance will be huge. But it remains to be seen if they can sustain these numbers for future events.
Posted by Monique at 6:51 AM