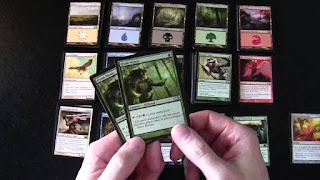 As many of you know by now, I am an active member in the local Magic: the Gathering community, running regular events and a recently qualified L1 judge. I have been playing Magic consistently for 5 years or so and it is a large part of my current personal identity.

I have also started playing online multiplayer games (Counter Strike: Global Offensive, mainly) in the hopes of leveling up my skills and situational awareness to better my single-player gameplay.

This past weekend, I attended my first Judges Conference, where the topic of gender balance in the Magic community was brought up. To put this into a very real perspective, of the attendees at this event, I was the only female Judge present. There were two other girls who were there with the aim of becoming Judges. So, this was already indicative of the lack of gender balance in Magic, a game where males and females should be on level footing as competitors.

This got me thinking, as there is a strong correlation between how women are treated in Magic and how they are treated in an online game, such as CS:GO. Before you keyboard warriors get upset with me, remember the points I am raising now are based on my first-hand experience. I do not need you to mansplain matters to me as this is literally the reality of what I and other women and non-binary members of many gaming communities face.


Firstly, the perception that women are lesser players needs to be shot in the head. Kill it. Dead. If a woman does well at her chosen game, it is not because of luck but rather skill and hours of practice. Look, I am still trash at CS;GO, but it takes hours and hours of practice to top the scoreboards, even in casual play. That doesn't matter. I am on the same footing as any other noob would be. Some guys have this archaic idea that women are simply not as good as they are or that losing to a woman comes down to luck.

Secondly, women are not gaming to pick up men. We are not in the channel or room to be your tits and ass. If finding a woman is a goal for you, join Tinder. Don't assume we are single / straight / interested just because we are friendly in in-game chat. This happens at least once a session to me. Sadly, it's the 1% of players that can make girls feel uncomfortable. The same applies to female cosplayers, who don't get treated with respect.

Women aren't always playing because of their boyfriends. Sometimes, women want to play because they enjoy the competition and winning. Making this assumption is not only sexist, it puts women on the back-foot, further adding to the nonsense they have to deal with while trying to enjoy their chosen hobby.

Making crude / rude comments is not going to make me leave or cry. This comes from the male entitlement complex that the game is theirs and theirs only to enjoy and should not be ruined by the presence of a real female. Yeah, this is a dig at those guys who like having big boobs on their avatars. I am not easily put off by this sort of nonsense fortunately and find it, most of the time, amusing. There are also others around who will shoot the guy down without me having to step in. Although, I usually will anyway because I fear nothing. Also, all I usually have to do is rank higher than them and they will rage-quit the server.

In the past week alone, I have had salty male players make reference body parts of not just myself but the other ladies in-game. One special person also called two of us fat, hoping to upset us.

The intimidation factor of being in the 5% or less minority is real. 2 years ago, I qualified and played in the Nationals for Magic. I was one of only 2 girls who competed in a field of 150 players. It is scary and intimidating and immediately puts one on the defensive. This is a feeling I can guarantee no male player has ever felt. Ever. The same can be said for being the only girl in-game on CS:GO, though there are a few more girls than I was expecting who play.

My advice if you are a girl wanting to play? Put on your emotional kevlar and do it. Don't care what others think as their comments probably stem from their own insecurities. Keep at it. Get good. Get better. Kick ass.
Posted by Monique at 1:16 AM No comments: