Apex Legends is a free-to-play Battle Royale game that, in the short time since its release, has seen its player base grow to over 25 million.

Developed by Respawn Entertainment, it is available to anyone with an Origin account so there is really no reason why you shouldn't at least try it out for few games.

The basic concept is that you, along with 2 friends (or random people on the internet, I don't judge), team up to form a squad to compete in the Apex Games against 19 other teams for the glory of being the last team standing. Think Hunger Games, only you aren't killing teenagers and being a slave to the Capitol.

Each player gets to chose a character from the roster who has a unique set of abilities which will benefit the team either in terms of offence, defence, healing or exploration. You are then launched into the arena with no resources at your disposal. Where your Squad Leader chooses to land has a huge impact on the sort of advantage you gain in the first few minutes of gameplay as you scrounge for guns, armour and ammo.

From, there, it's simple. Stay alive and outlast the other players as the size of the playable area incrementally decreases. 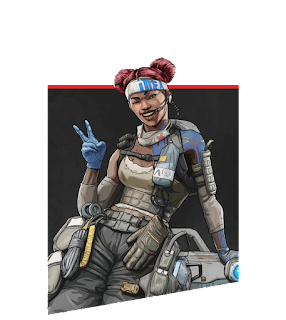 Basically, this is something you can install and jump right into. Because it's free to play, it won't be hard to convince friends to join you and squad up for a few games. The game mechanics are clever and intuitive and even those not used to Battle Royale style gameplay should pick this up very quickly and enjoy it, even if you don't get kills right away.