Opinion: Stranger Things and its Popularity 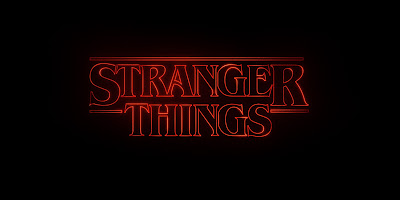 3 years ago, Netflix released the first season of a weird show called Stranger Things. It is a blend of horror and sci-fi set in the 80's created by the Duffer Brothers. It is the sort of show that would have gained a cult following if it had been released before the days of streaming media.

But, for reasons I will attempt to unpack now, Stranger Things is immensely popular with a wide audience. The release of Season 3 broke records for Netflix, hitting 40.7 million households within the first few days. That is simply insane, considering the quirkiness of the show.

Set in the town of Hawkins, the first season of the show focuses on the disappearance of a child, following his friends, family and a burly police chief as they try to uncover what happened to him. It doesn't make things easier when weird things start to happen around the town. 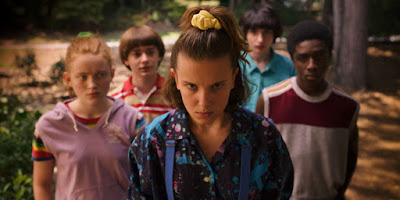 I think one of the huge appeals for viewers is that the show is set in the 80's, complete with ridiculous fashions, neon and other memorabilia cleverly and authentically utilised in every scene. It is a nostalgia trip for many and a look into the past for others. The show even makes use of a synthesized soundtrack mixed with iconic songs from the time. The references to D&D will warm the hearts of many a geek.

In keeping with this, is the story itself. Told in the style of movies of the time, it reminds me a little of the Goonies and Gremlins.

Another aspect of the show is that it has heart. The majority of the characters are children and I think the experience of connecting with them and their friendships is something not many tv shows can offer these days. In addition, this is supported by fantastic secondary characters, some of whom have amazing character development arcs.

There are serious moments balanced out with clever dialogue that is perfectly delivered by the cast. The acting is so on point at times, that one can easily forget these are not real people. Each character has a unique dynamic with every other character and this is consistent throughout all three seasons.

There is also loads of mystery and action in every episode that will keep you guessing what is really going on. I am also going to warn you now about cliffhangers. You will need to give up a weekend for binging it all. 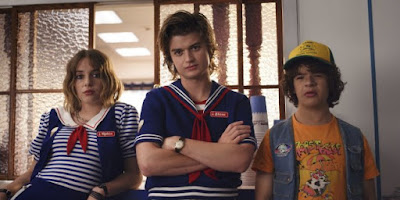 Without trying the first episode, I imagine it is easy to bypass this series on your passes through what Netflix has on offer and I strongly recommend you don't. It doesn't matter if the genre is not something you would normally watch, as Stranger Things has something for everyone.

I love these kids. I love the story. And I miss them already.
Posted by Monique at 9:19 AM